DEBRA MIKA
CHIEF OF STAFF, GROUP EXECUTIVE - VICTORIA
AWARE SUPER
When employees and organisations align for a common vision and purpose, it can make a meaningful difference. Debra Mika tells Karren Vergara how that ...
READ MORE SCOTT CAMERON
CHIEF EXECUTIVE OFFICER
EQUIPSUPER
The concept of the mega-super fund continues to be an area of interest in the superannuation industry as harsher regulation and the search for scale remain ...
READ MORE ROBERT FOWLER
INVESTMENT CONSULTANT
Across a career spanning almost four decades, former HESTA chief investment officer Robert Fowler has proven that no matter where you're from, you can ...
READ MORE GREGORY CANTOR
CHIEF EXECUTIVE OFFICER
AUSTRALIAN CATHOLIC SUPERANNUATION AND RETIREMENT FUND
Dignity is important for Greg Cantor. It underpins who he is, and it's what he has strived for 30 years to provide fund members each and every day. Harrison ...
READ MORE
PAGE:
1
2
3
4

JAMIE WILLIAMSON  |   12:41PM
Ahead of this weekend's election, the Chartered Accountants Australia and New Zealand (CA ANZ) wants both major political parties to commit to dumping the annual superannuation contribution cap for the benefit of women.

ANDREW MCKEAN
At first glance, the government's superannuation plan for homebuyers seemed a compelling proposition, but concrete analysis has revealed that at best it's only a marginal measure.

Superannuation not a super solution to housing affordability

ANDREW MCKEAN
Homeownership rates have plummeted, but unions and industry groups have had a negative response to Scott Morrison's last-ditch pitch to 'aspirational Australians'.

JAMIE WILLIAMSON
The Morrison government has said it will expand the downsizer superannuation scheme by reducing the minimum eligibility age if re-elected this weekend. What's next in retirement income?

As super funds prepare to publish their retirement income strategies to comply with the new Retirement Income Covenant, the next question is what are ...
READ MORE

How investors can prepare for retirement

Inadequate retirement planning is a very real issue for thousands of people both in Australia and globally, but there are ways of making the process more ...
READ MORE 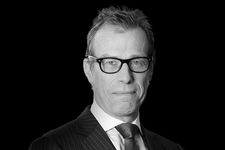 A round the world wrap up on rising rates and inflation

Inflation is being felt around the world, and central banks are responding accordingly. Here's a wrap up of rate changes and the latest on inflation.
READ MORE Board evolution crucial to drive ESG

In response to the evolving ESG landscape, the skills and competency of directors and boards will need to quickly evolve to include the expertise and ...
READ MORE