CHLOE WALKER  |   12:31PM
The super fund has expanded an existing mandate with Calvert to include a carbon reduction tilt that will cover its entire Australian equity portfolio.

July 1 super changes: Are you ready?

CASSANDRA BALDINI
As we celebrate the 30th birthday of the Superannuation Guarantee, the new financial year brings with it plenty of changes to super. Here's what you need to know. Emerging market debt has had a tough 2022 so far but the market is reaching an inflection point. Much of the bad news is in the past and yields are beginning ...
READ MORE 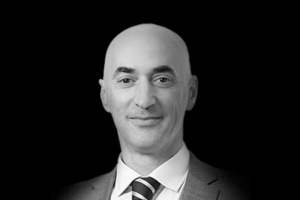 Superannuation's structural tailwinds of the past 30 years are morphing into headwinds and traditional diversification is challenged. (As an industry) ...
READ MORE Bitcoin in an SMSF

Attention has recently been given to the addition of non-traditional investments such as bitcoin in SMSF portfolios. Before doing so, SMSF trustees should ...
READ MORE